It could be missed.

It gets your attention.

Even its whisper is heard

while speaking into your heart.

without words they speak

To Eyes That Hear!

One phenomenon of hearing is hearing through your eyes! You may think I'm playing with words as I'm allowed to, but I'm not. This is a truism.

God has created us with various senses and feelings, which become our ears in many and varied situations. When reading the above poem, I show how we hear an impression. Impressions are heard with our senses.

If the impression comes as a fleeting thought amidst a great commotion then it will be loud enough to be heard. In an emergency, it may come as a shout. An impression can be a mere thought which we don't necessarily give any attention to. It can also be pictures or audible words.

Many years ago I was driving back from the rubbish dump and was following a slow truck on a winding road I knew well. I intended to pass the truck once I got around the corner so I selected a lower gear in preparation to quickly pass when it was safe. I was also totally preoccupied regarding some issues I had on the farm and was probably just driving on autopilot without much thought.

Once I had engaged the lower gear I was startled and arrested by a very strong impression which I believed were almost audible words. I believe God said, "if you pass this truck you will die"! In obedience I responded by changing my gear back and because I knew the road well, sat on the white line looking to see the reason why I got the message. Incidentally, the straight road ahead was clear and had no traffic on it.

I immediately stopped thinking about my farm issues and wondered why I was feeling arrested by this strong impression. It seemed it was safe to pass the slow truck because the road was clear, BUT, by this time my heart rate had increased! So rather than argue with my logical thoughts I continued to obey and observe.

Then it all became very clear to me. From a side road, which I had completely forgotten about, a speeding car came right over onto our side of the road. The truck swerved to avoid the car and had I overtaken the truck when I intended to, that car would have hit me side-on. There would have been no way to avoid a car wreck and I would have died.

Here's the lesson I learned. I had lived in the district for 10 years and knew the road very well, I thought!

Because I was so preoccupied with the issues on the farm I had totally forgotten about the sideroad. When my train of thought was interrupted, I felt the urgency of it and therefore listened and obeyed. My mind contended with the warning because I couldn't see any traffic on the straight road ahead. Impressions no matter where or when they come to you, will get your attention. It's as if they interrupt your train of thought and arrest you.

Here's the thing; when they do arrest you, listen to what they are saying no matter what form they come in.

# How many impressions have you been arrested by but ignored at the time? What were the consequences of not listening?

# Do you need to adjust your mindset to receive these messages from all the ways and formats they come to you in? How will you do this consistently?

# The principle of God speaking in many different ways will always leave a testimony or story for you to tell. Make a list of as many as you remember and be prepared to share them to encourage others.

For God [does reveal His will; He] speaks not only once, but more than once, even though men do not regard it [including you, Job].

Next Episode All Episodes Previous Episode 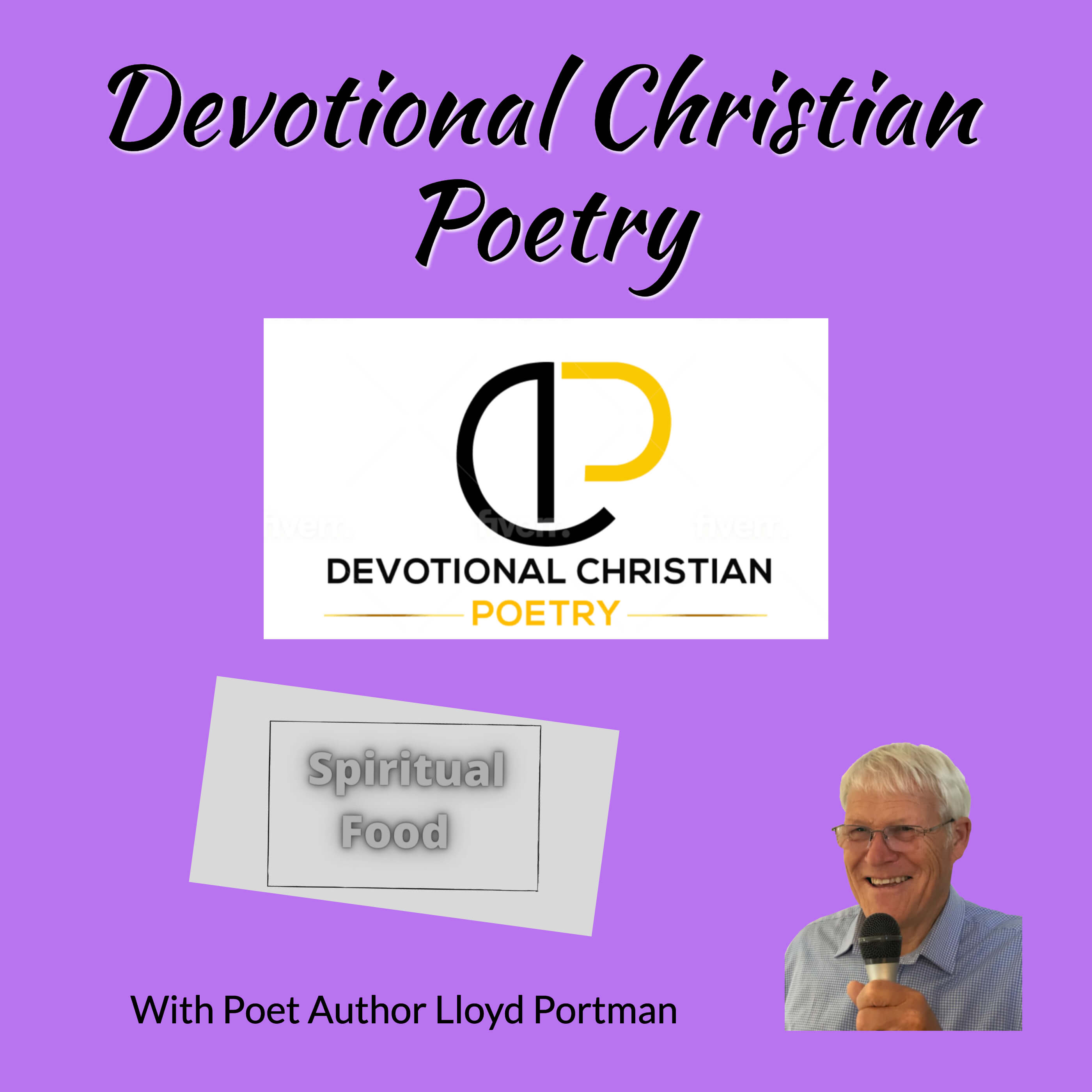 Devotional Christian Poetry
Spiritual Food
I was once a Pastor in a Church that owned a Christian bookstore. One Christmas while I was selecting appropriate gifts for our 5 voluntary staff members, I experienced an encounter with God.
After I selected the gifts God said to me, "put the gifts back and take some blank cards home and give them something from the Pastor's desk!" I was excited about this, as I knew God wanted to speak to each one of them.

What He did then astounded me. After I had finished writing, I realized I had written a prophetic message for each of these loyal volunteers written as a poem! That was the day I realized my gift to write poetry, and since then I haven't stopped writing. The wonderful thing about poetry is, it engages with the reader's emotions and touches the heart.

On this podcast show, you will hear me read one of my poems, inspired and written from a revelation I have received from scripture. A reflection about the poem with 3 questions will follow this to engage and inspire you to take action on all the content. I also reference the scripture I have used, and sometimes I will offer some additional comments.

In Psalms are many examples of poetry that color the truth and enhance our experiences as we read them. In Eph 2:20 the Greek word for workmanship is translated from the root word Poema meaning poem. Quoting from the Passion Translation, we have this root word translated poetry. God calls us his poetry (workmanship) in this version, "We have become his poetry, a re-created people that will fulfill the destiny he has given each of us, for we are joined to Jesus, the Anointed One".

This beautiful Translation captures so much more of the emotional truth about us. God is not intimidated about using emotional words to capture who we are.

Embracing the language and subtle nuances God uses in His word have always been my delight and inspiration. Poetry brings a fullness to life which often eludes men especially. Men more so because they connect cognitively more than emotionally. Women connect differently as they feel the inferences of the words, whereas men think about the inferences and question them. Both connections are acceptable to God.

For you, as the listening audience to receive the comfort and revelation wrapped in the words of this poetry, I encourage you to adopt a different mindset and feel the words. Let them speak to your heart. Imagine reading the scripture as you would read a love letter from your adoring spouse! Knowing it was a love letter, how would you approach opening that letter?

I have a revelation to share with you about being washed by scripture. Some years ago while meditating on different scripture I realized when I read the passages I don’t read them, the scripture reads Me! It reads my heart, my soul, my principles, and values and becomes my litmus test to my responses and reactions. It tests me to the core!

As an example here in 2 corr 5:17 states the truth; Therefore, if anyone is in Christ, he is a new creation. I have italicized the question this scripture asks me. Am I IN Christ? This is about my daily life not just attending a Sunday service. This is not a question to condemn me, it's questioning my focus. Because I am IN CHRIST, my life changes as I am washed by the water of His Word and He is continually being formed within me.

Every one of us is unique and has our own testimonies of our experiences with God. These stories define and speak about our revelations and encounters with Him. My encounter with God was very significant and taught me how to write poetry.

My desire is that my inspired words of poetry wash over you and connect emotionally with you so you receive the benefits of their truths.

This content can be used in study groups and for devotional material.
For more information, please go to my website www.devotionalchristianpoetry.com where there is a free ebook for you to access and my contact links. 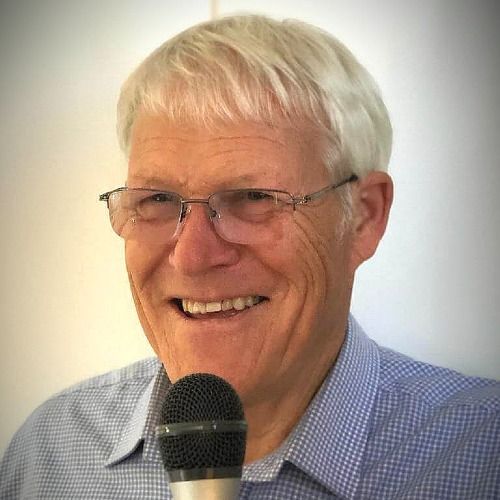 From as far back as I can remember, I am always fascinated by what makes people tick. Searching behind what drives certain behaviors and finding practical reasons and solutions comes naturally from this fascination.

Having a personal experiential relationship with God was very important to me, rather than a theoretical religious one was my attraction to Him. These experiences started before my conversion and have continued to this day.

After my encounter with God, my poetry was born, and I use poetry to articulate the principles of scripture and the revelations I have experienced.

My podcasts will share these experiences I have had with God during my years of Pastoral ministry and life's school of hard knocks. I encourage you to glean any applicable nuggets and apply your faith to use them, as I used those I heard from other testimonies.

If you want to get in touch with me, please email me at
lloyd5707@gmail.com